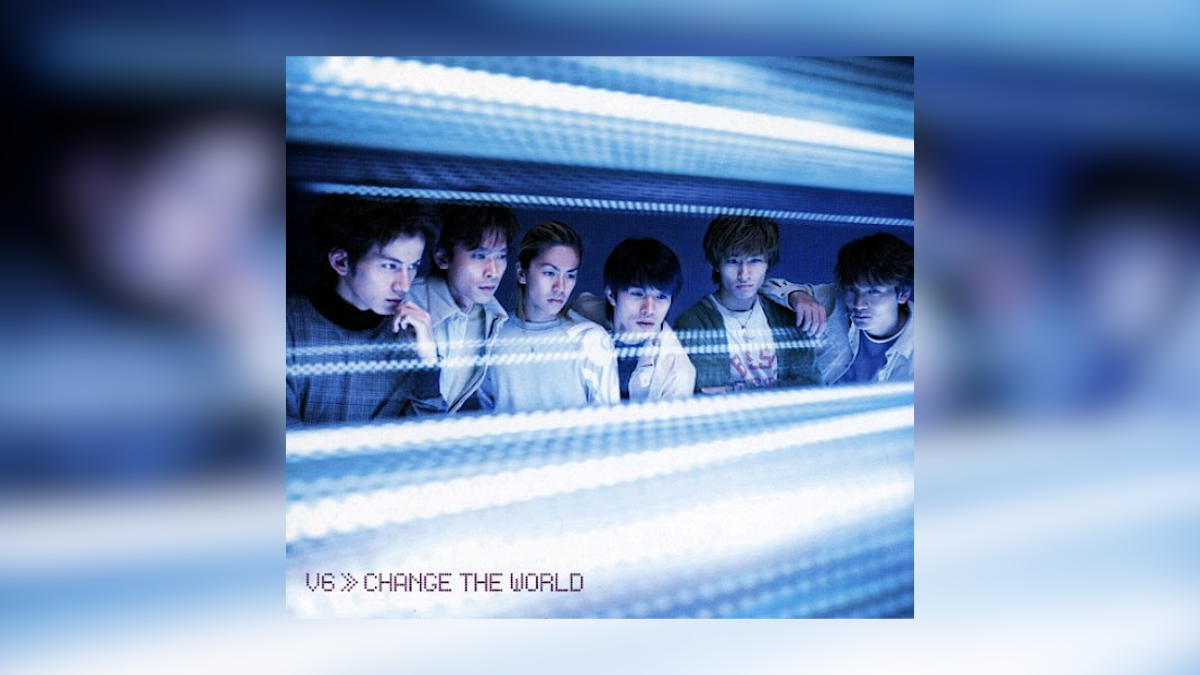 Alright, so if you haven’t heard, there’s a new InuYasha series coming out, and my young pre-teen self could not be more excited. In fact, because of this, I’ve gone and revisited the music from the InuYasha series. It’s where I got my start with Asian music and well, the rest is history.

I’ve decided that since it was the start of my rabbit hole down into a love for Asian music (and Asian culture, also), I wanted to review each single that had its mark on the InuYasha series before Yashahime gets on air (and hopefully get them all done soon, because it’s coming in October).

First up is V6’s ‘CHANGE THE WORLD’, where InuYasha fans alike belt out its first lyrics because it is quite literally the first thing to hear when the show starts. Is it with this single that the world changes or does everything stay the same throughout? Read on…

Navigation
CHANGE THE WORLD / Jougen no Tsuki / silver bells
For other ‘V6’ reviews, visit the archive.

Sadly, since this single came out sometime in the early 2000s, any trace of V6’s promo images for this single is likely not on the Internet. Feel free to send some my way so this post can look fabulous, but otherwise, enjoy what’s here! 🙂

Sprinkling in is the title track, “CHANGE THE WORLD“, which I have to say overall is your usual Johnny’s boy-band song. With guitars, that 00s twinkle, some drums, and vocals that go as high as they can, the first opening for InuYasha is fun and catchy. That first line really gets its grasp on you as you can’t help but belt it out with them, and when it comes up again, you just know to do it, no question. It also has nice little instrumental breaks that take us away from its overall sentimental feel, though it feels a little disjointed. While this track isn’t one of my favorites of the InuYasha tracks, and it has a slight generic quality to it, it still manages to fill me with a hopeful emotion and I sometimes find myself drawn to it. Change my world it might not, but I think it has that potential elsewhere. ⬛

Speaking of generic, “Jougen no Tsuki” is the next track and it is just your usual Johnny’s pop song with a heavy electric guitar backing. It just doesn’t have the oomph that its prior track had. Perhaps I’m being a little harsh here, but it is a song that just begs me to skip to the next song. Vocally, nothing is wrong, and I think the men of V6 do a great job. Instrumentally, there’s no substance, as it keeps itself one-note. Crescent moons are beautiful, but unfortunately this one is just not shining brightly for me. ⬛

Possibly the weirdest track on the single, “silver bells” is sung by V6 unit Coming Century, and it takes on a 00s rap sound that is totally left-field for my experience with Johnny’s tracks. In fact, it sounds like it’s produced by Hello! Project producer Tsunku. I actually think this holds up way more than ‘Jougen no Tsuki’ because it’s so weird and so interesting. It turns its switch from a rap sound to a Christmas-y like pop song every so often. I’m so… what’s the word? Surprised? Perturbed? Whichever way it is, I don’t really mind the sound of these silver bells. ⬛

Sadly, this single doesn’t do it for me. While I’m always singing along to that opening, its full version doesn’t quite have me pressing repeat or changing my world anytime soon. That being said, I’m sure it holds up for a lot of people, especially Johnny’s and/or InuYasha lovers out there, so I appreciate the efforts here. The full single is not fantastic, either, but hopefully, I find some really good singles out of the InuYasha catalogue. Not a recommend for me, but feel free to listen to the single if you too are on a nostalgia trip!