We’ve reached album stage for the “huma-rhythm” series, and just in the nick of time! Did you know this album was released on this day in 2002? That’s… wow, 20 years ago!

Insane to think I’ve gotten to that point in my life where music I’ve grown up with is now 20 years old, but here we are. Of course, I didn’t find out about this album until a mere 3 years later, but the sentiment is still the same: imagine finding this at a young age, and several years later, you still find yourself able to listen to it (spoiler alert).

“huma-rhythm” is hitomi’s sixth studio album (which is also crazy, since she herself is a 90s J-pop star), and it tackles a lot for an album, considering the time it was released, when the world took a deeper look at itself. I won’t say what it is but if you recall anything big that happened in 2001, you might pin it together. So without further ado, is “huma-rhythm” the album that is guaranteed to get us as human as possible, or is it a lost melody buried deep in itself? Let’s see!

END_OF_DOCUMENT_TOKEN_TO_BE_REPLACED

Bet you thought there wouldn’t be another series to throw into the mix, but nope, I’m doing it now!

This time, I’ll be looking at a set of singles up to the release of an album known as “SEXY 8 BEAT”, from my ult-group and Japan’s mega pop-sensation Morning Musume., and more specifically, the set of girls that feature their 4th, 5th, 6th and 7th generation (and for later reviews, their 8th and 8.5th).

The first single in the batch is the springtime single “SEXY BOY ~Soyokaze ni Yorisotte~“, which oddly enough was a background track for the 2008 movie Jumper, and it also happens to be one of the very first songs I’ve heard from the Hello! Project umbrella. So, this begs to ask: Was I nestled by the breeze of this ‘sexy’ track or was it to risky for a ‘sexy boy’ like me (ugh)? Let’s look!

END_OF_DOCUMENT_TOKEN_TO_BE_REPLACED 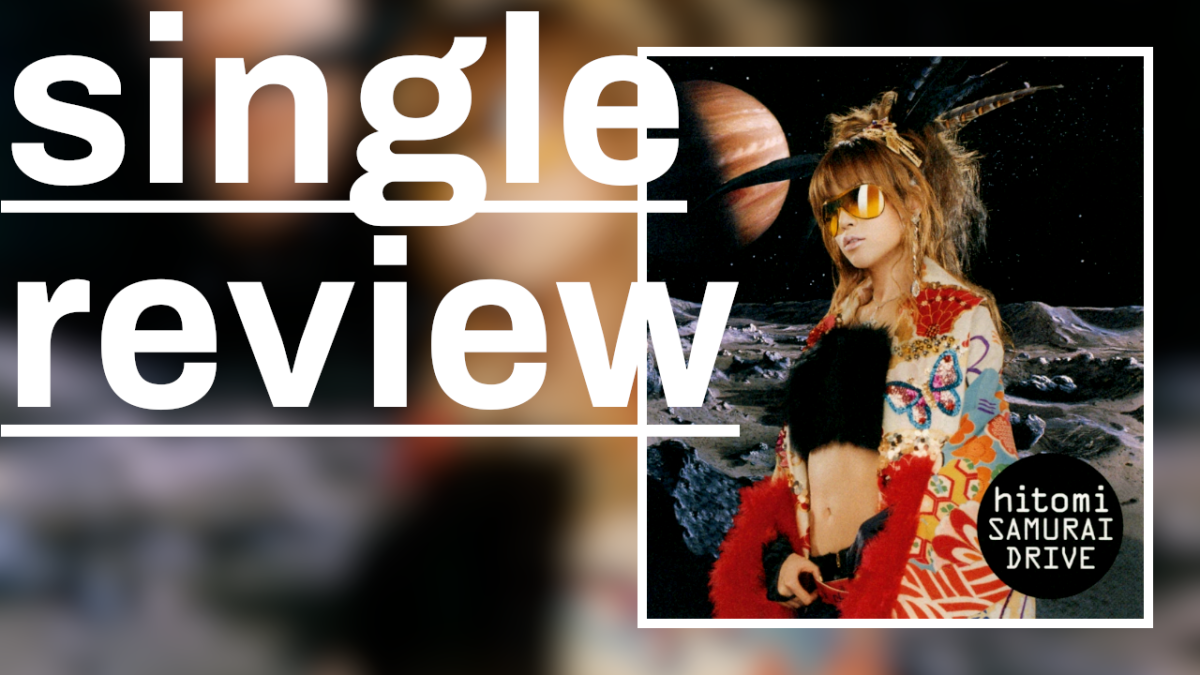 The final single in the ‘huma-rhythm’ series, skipping over “I am / innocence” as I previously reviewed it, sees hitomi tackling on cover territory with “SAMURAI DRIVE”.

With a fierce space-like image that will be further referenced in the album it’s part of, on top of it all with a sleek sexy samurai outfit, “SAMURAI DRIVE” is sticking to a fabulous concept and theme not seen in prior singles. A cover of an original track from Japanese rock band CUNE, “SAMURAI DRIVE” continues the pop-rock trend established in her previous singles, but with a bit of an edge.

Is this final lead-up single to the album going to slay us with its samurai drive, or are we in for a bumpy ride? Let’s take a look!

END_OF_DOCUMENT_TOKEN_TO_BE_REPLACED

Containing three songs, hitomi begs us the age-old question of whether who we’re looking for is you, wants us to keep an open mind, and then asks a new question: why? Continuing with the inspirational and orchestral pop-rock sound she now is putting into full force, hitomi aims to answer the many questions the single has.

So this begs the question: are you, the listener, the one? Is it you? Is she what you’re looking for? Let’s see!

END_OF_DOCUMENT_TOKEN_TO_BE_REPLACED

I’ll be doing another series following my ‘BAD Mode’ set, and this time, I’ll be focusing on a singer that most people may only know through an anime series known as InuYasha: hitomi. I previously did a review on the single attached to it here (known as “I am / innocence”), but today, I’ll be focusing on another single!

The first of four singles released for her critically-acclaimed and well-sold album, ‘huma-rhythm’, hitomi’s single “INNER CHILD” shows the makings of new themes and styles that she had been experimenting with in prior albums like ‘thermo plastic’ and ‘LOVE LIFE’.

As the first of the four, is this single able to take its listener to their childhood within them, or is the door shut on that inner child? We’ll have to see!

END_OF_DOCUMENT_TOKEN_TO_BE_REPLACED At last, we have reached the album!

Released January 19, 2022, as a gift to their fans on their own birthday, “BAD Mode” is Utada Hikaru’s (or Hikki’s, as their fans devotedly call them) eighth studio album, featuring singles that trace back to the beginning of 2019. In the three year span, Hikki would go on to display a more subdued sound, collaborating with producers such as A. G. Cook and Obukuro Nariaki, and every song would have a tie-in to a Japanese-made property.

“BAD Mode” is one of the hotly anticipated releases of early 2022, but is “BAD Mode” all it’s chalked up to be? Is it the bad mode you wish to feel, or are you just on a ‘good’ mode instead? Or is the release just… bad? Let’s take a look into the album onward.

END_OF_DOCUMENT_TOKEN_TO_BE_REPLACED

The final single in the series is “Kimi ni Muchuu“, serving as another tie-in (Hikki and these tie-in’s…). This time, “Kimi ni Muchuu” is attached as a theme song to the J-drama ‘Saiai’, and the track sees Hikki pairing up one more time with well-known PC Music producer A.G. Cook (best known for his collaborations with Charli XCX, and previously working with Hikki for “One More Kiss”).

Opting for another more subdued tone, “Kimi ni Muchuu” is the lead single for ‘BAD Mode’, but will you be crazy for this lead-in song, or is Hikki crazy to think they could keep up with this new generation of sound? Let’s check it out!

END_OF_DOCUMENT_TOKEN_TO_BE_REPLACED

Fourth up would originally be “One Last Kiss” in the ‘BAD Mode’ review series… however! I have already reviewed it here, so enjoy!

With that established, the next review up on the list is for a single released in 2021, and yes, it has another tie-in. This time, Hikki’s “PINK BLOOD” serves as the opening theme song for the anime series To Your Eternity, being the second anime tie-in for Hikki of the year.

Now, is “PINK BLOOD” actually pink, my favorite color, or is it just a regular red, meaning it might not be what I’d like? We’d have to take a look, so read on!

END_OF_DOCUMENT_TOKEN_TO_BE_REPLACED

Third up in the set is “Dare ni mo Iwanai“, otherwise translated to ‘I Won’t Tell Anyone’, which also has a tie-in. This time, Hikki is paired up with Suntory Water, selecting the song as the theme track for the commercial, which also stars Hikki themself. Released literally days following “Time”, “Dare ni mo Iwanai” has Hikki also participating with the same producer of “Time”.

Now, is this song worth keeping a secret, or is it a track that will have Hikki asking if you can keep a secret? Whatever the case may be, we’ll have to tell everyone how I feel about this song, so read on below!